Do You Need to Recycle Your Old Batteries?

Batteries are a routine part of modern life, but despite their ubiquity, it’s not always clear what to do with them when they get used up or stop holding a charge. You may have come across conflicting information, but according to experts, the advice is simple: When you’re done with a battery, you should recycle it.

“Whether it’s your standard alkaline AA battery, a rechargeable cell phone battery, or the battery from your car, you should treat it with care by using safe storage and disposal methods.

Most batteries regardless of type contain toxic chemicals. Think cadmium, lead, lithium, or sulfuric acid. If your old batteries end up in a landfill, pollutants like these can leak out into the environment and contaminate groundwater, damage fragile ecosystems, and even make their way into the food chain.

If batteries aren’t disposed of properly, there’s also a possibility they could short circuit, overheat, and cause a fire. And depending on where you live and the battery in question, it may be illegal to put one in the trash altogether.

Here’s what you need to know.

There are big differences among the batteries that run a TV remote, the one that powers your car’s starter, and everything in between.

Car batteries, rechargeable batteries (including the one in the back of your cell phone, AAs, 9-volts, and the like), and even button cell watch batteries contain heavy metals and other toxic chemicals. Recycling batteries like these ensures that the internal materials are handled with care, lessens the need for mining, and is often required by law.

By comparison, primary batteries those designed to be used once, such as disposable alkaline AAs aren’t quite as dangerous. They used to contain mercury quite often, but battery manufacturers essentially stopped using the element after congress stepped in to regulate the industry in the 1990s.

“No matter what kind of battery you’re dealing with, our advice is that you should try and recycle it,”

When you’re collecting and storing old batteries for recycling, you should take a few precautions.

“What you shouldn’t do is take your batteries and toss them haphazardly into a bag, or store them in a metal container,”

Old batteries may not generate enough energy to power a device, but they could still spark a fire if they’re not handled carefully. Store them in a secure container that keeps them lined up side-by-side, so the contact points can’t touch each other or brush up against anything that’s metallic or conductive.

If you want to store your batteries, one of the safest options is to hold onto the original packing and reuse it to house the spent batteries. You can use a permanent marker to mark the old batteries so you don’t get them confused with the new ones.

You shouldn’t have a hard time finding a place to recycle rechargeable batteries or car batteries. Button cell batteries are often easy to get rid of, too, and some manufacturers offer mail in recycling programs.

Before you throw them in the trash, though, stick a piece of tape over the contacts. That will lower the risk of fires. Disposing of them in the original packing helps, too.

How do you store AA batteries? 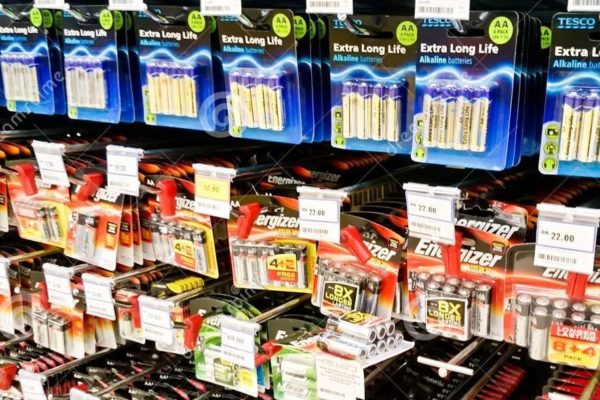 How Long Do Batteries Last? 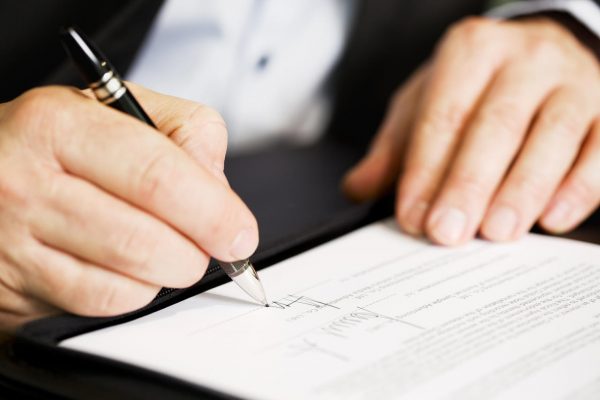 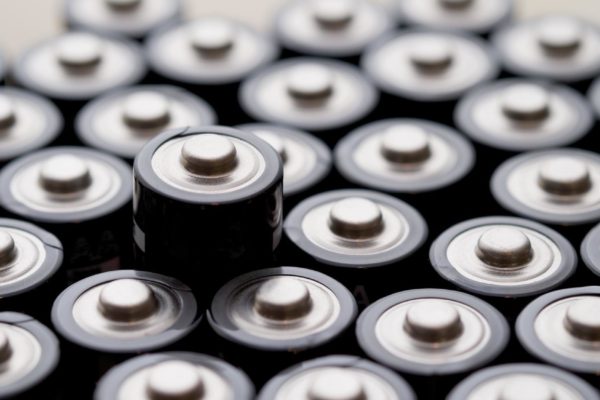 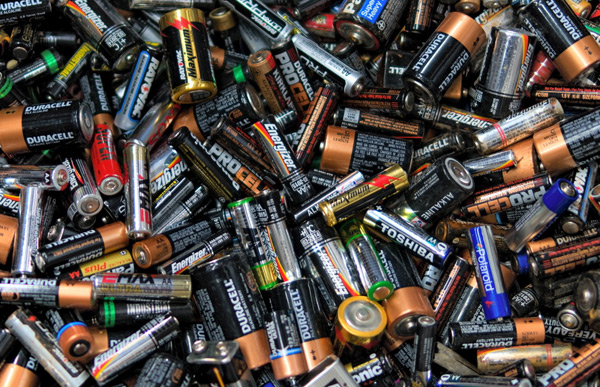 What Are Alkaline Batteries?